A Blog Written By Skaters for Skaters

RULE OF THUMB: The more you increase the kingpin angle, the tighter the turning radius, thus giving you quicker response and sharper turns. Skaters who play roller derby often want a plate that responds quickly and turns sharply, so they tend to buy plates with a larger kingpin angle (16 degrees to 33 degrees). Speed skaters and jam skaters typically like stability, especially at higher speeds, so they might want to go with something that doesn’t react as quickly (5 degrees to 16 degrees).

For Example: When skating at higher speeds, you typically take long deep strokes in the corners. When you push off, do you want your skate to turn with the slightest lean of your foot or do you want a stable platform to push away from? Normally the skater wants something stable, in order to complete the power transfer from the foot to the floor. Thus selecting a plate with a lower kingpin angle (5 degrees to 16 degrees).

Now I’m going to throw you for a loop. You’ll hear people talk about the “DA45” and “45 degree Avengers”. In actuality, the “DA45 Avenger” has a 33 degree kingpin. The reason the manufacturer calls it a DA45, is because the truck is a Double Action 45 Degree truck. I don’t know why, but the manufacturer measured the truck angle instead of the kingpin angle. Honestly, that’s not really important why they measured that angle compared to the other, but just know that the Avenger DA45’s are truly a 33 degree plate. 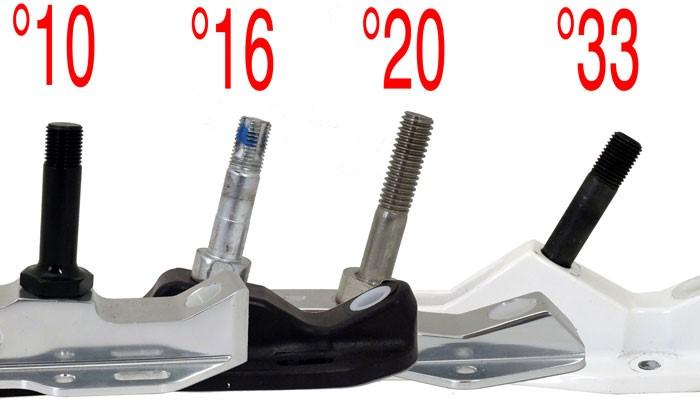